Role
Interaction Designer, Prototypes
Areas
Wireframes, user paths, usability, prototyping
Challenge
The greater project team was using multiple project management tools, code repositories, and application development processes, with none of them talking to each other. This project takes all of those areas of concern and brings them together into a single, cohesive interface.

Before starting on the Application Lifecycle Management project, it was determined that the following areas would be need to be covered: list of target users, a user flow, wireframes, and, potentially, prototypes for user testings and feasibility.

Through discussions with Stakeholders and Project Management, it was decided that the target users would be set in tiers - General Users (those who need to add and interact with issues, update project assets, and interact daily - a mix of designers and developers); Project Managers (organizers of work, set deadlines and release dates), and Administrators (control any integrations, add-ons, and access).

For each section of the ALM application, workflows and wireframes were used to identify possible user paths, as well as to strategize initial designs before moving on to high fidelity mockups and prototypes.

From Work Items to Development

Steps to complete the process: 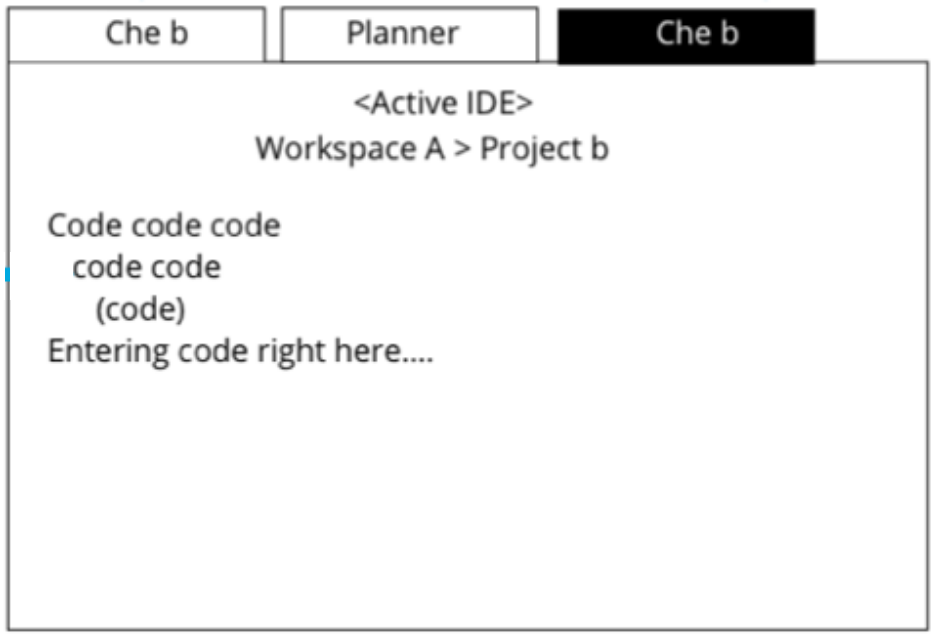 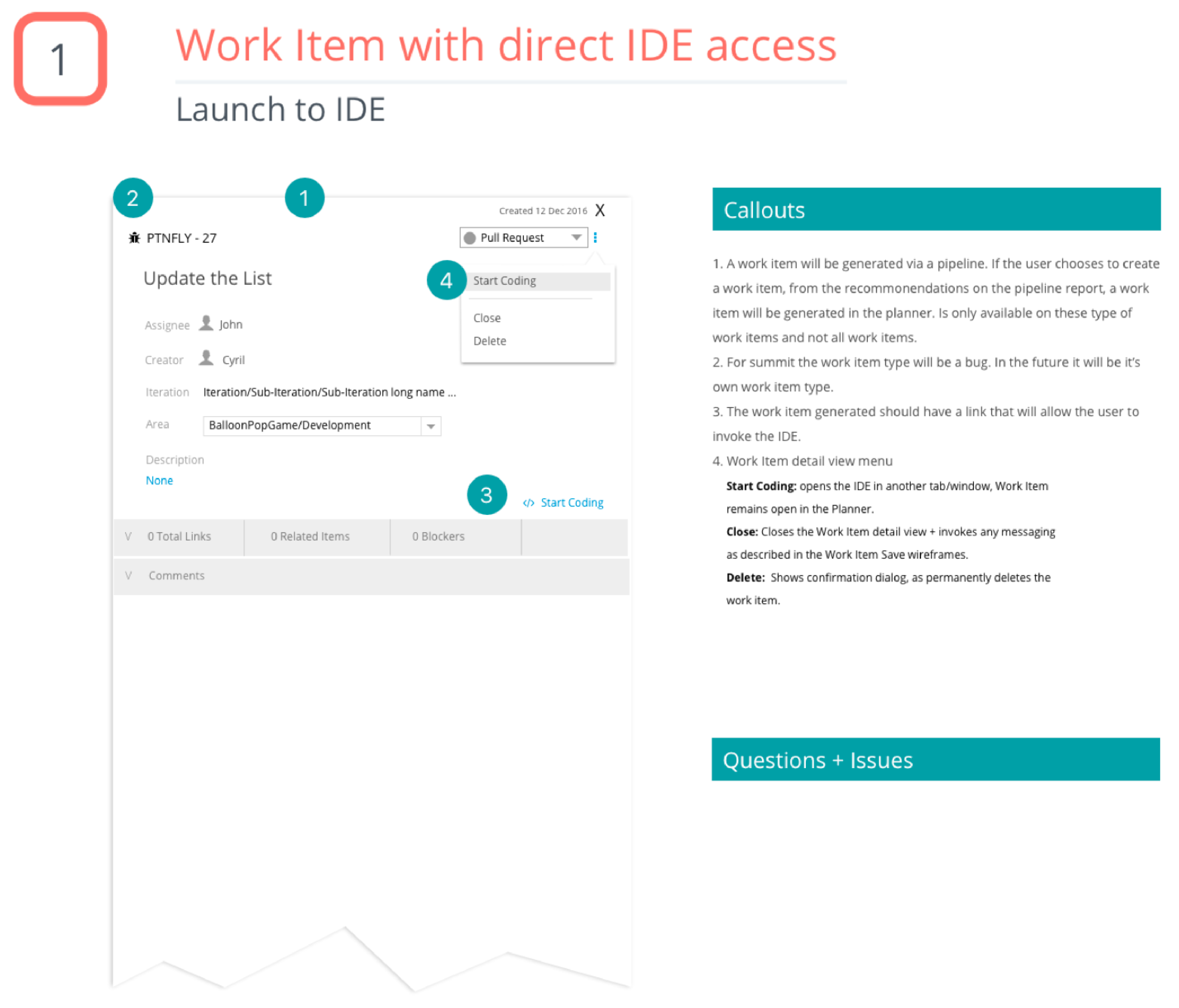 This wireframe was created with call outs in order to communicate my thoughts around the design to anyone who saw it, but could not talk with me. Specifically, this worked extremely well when working with colleagues in other time zones where our working ours did not match up.

From these workflows and wireframes, it was determined that additional questions needed to be answered: 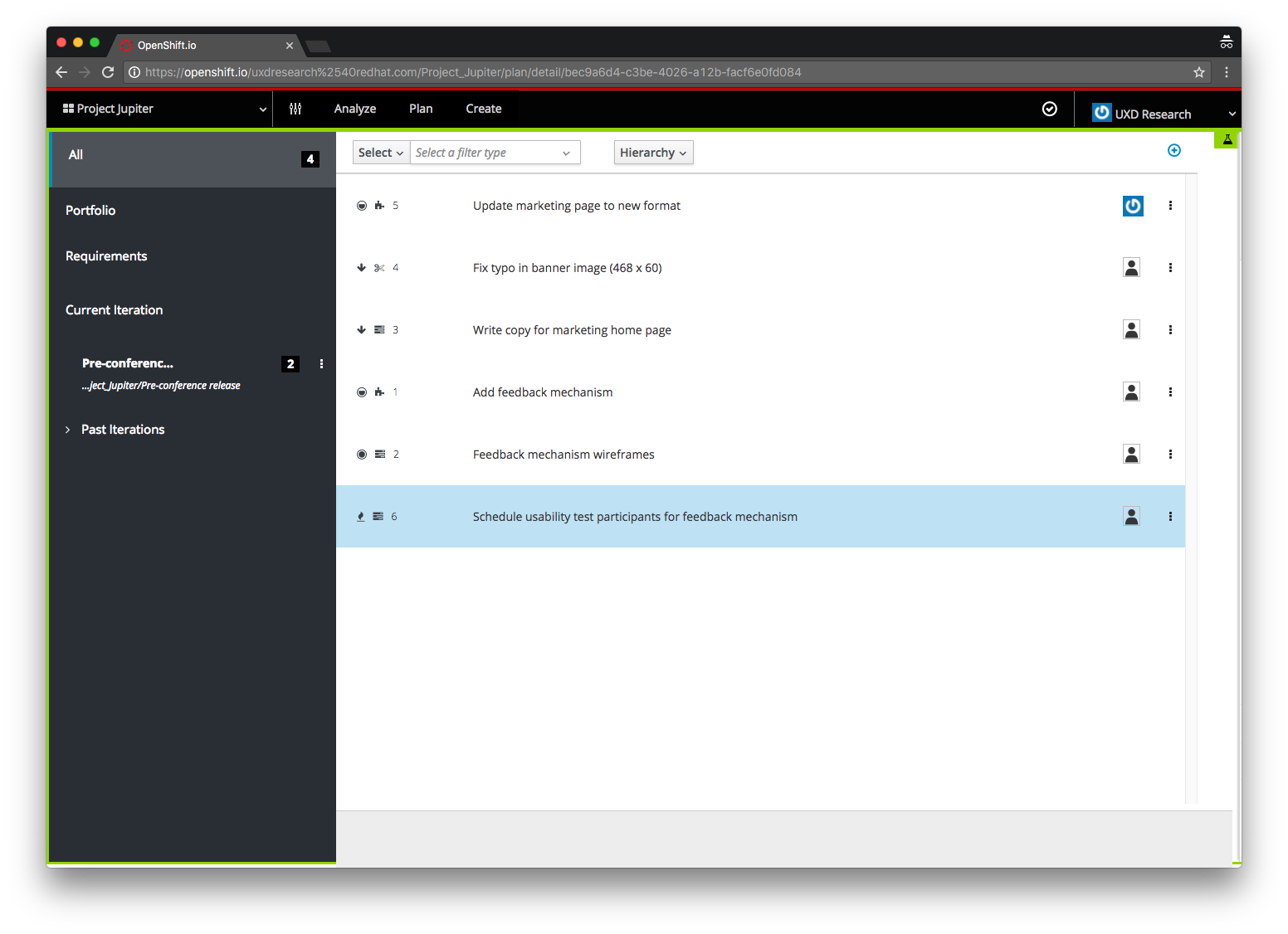 As part of the testing and usability study process, I created a prototype that demonstrated some of the basic layouts and IA for users to explore and provide feedback on. This process evolved over time and, eventually, became a full-fledged website that utilized static data and was continuously updated as users provided feedback.

In review, I believe that this process helped to flush out a great number of questions and concerns, while also demonstrating that their is a solid platform in which to build the full application on.
The findings discovered through the process were taken to the Project Stakeholders, which were then used to create additional design stories and discussions with the development teams.